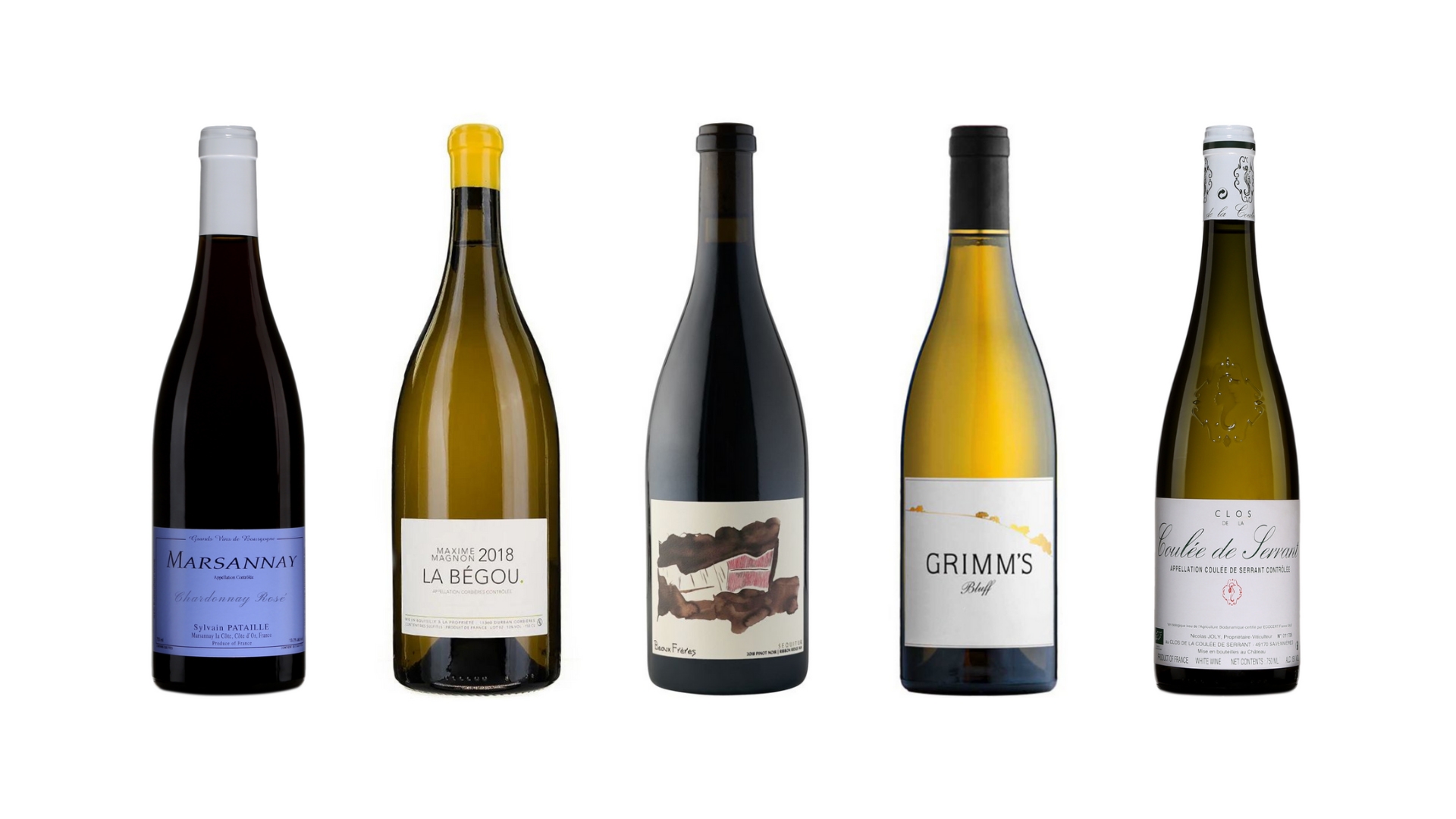 There are many controversial topics in the wine world, and one of the most divisive is the practice of biodynamic winemaking. The sustainable practices follow organic farming, implementing soil supplements, and fostering a symbiotic relationship with the earth, treating it as a living, breathing organism. The biodynamic calendar follows astrological configurations, which is why some people raise their eyebrows. People often ask, “Do biodynamic wines taste better?” There is nothing to prove or disprove that they do conclusively.

Putting the lunar cycles, buried bull horns, and astrology aside, I believe that any farming practices that respect and work to sustain our natural environment are a step in the right direction. It certainly doesn’t make the wine in my glass taste less delicious. Here are a few of my favorite wines from some amazing biodynamic producers.

Sylvain Pataille did not inherit his estate, an unusual occurrence in Burgundy. He attended wine school in Beaune at the age of 14 and then studied oenology in Bordeaux. From 1994 to 2001, he worked in a lab in Beaune, but Sylvain longed for something of his own. When he started his estate and created his first vintage in 1999, the Domaine was only one hectare. Today, centered around the village of Marsannay, it is fifteen times that size and all organically and biodynamically farmed.

In 2002 Sylvain discovered Chardonnay Rosé, a pink-skinned genetic mutation of the Chardonnay grape specific to Marsannay. It is fresh, floral, and filled with crisp orchard fruits and mandarin zest. He only makes two barrels of this amazing wine each year, so if you see it on a list or at a retail shop, snap a bottle (or six) up!

A sensational wine that I had the pleasure of tasting while visiting the Languedoc recently. Maxime originally hails from Burgundy but is making wines in the Corbières AOC of the Languedoc in southern France. A naturalist at heart, his wines are certified organic while also implementing biodynamic techniques. This beautiful white wine is a blend of 50% Grenache Gris, 35% Grenache Blanc, and 15% Carignan Gris. I vividly recall when I first put my nose into a glass of this wine. A refreshing breath of sea spray and citrus immediately brought me to the ocean, and a kaleidoscope of memories washed over me. Drinking it was a very personal experience. Sourced from 50 to 60-year-old vines, the complexity and layers of this wine flowered slowly on the palate. It was one of my absolute favorite wines of my trip that I will remember for years to come.

We can’t discuss biodynamic wines without Loire Valley producer Nicolas Joly. Joly is considered the “godfather” of biodynamic winemaking and first began experimenting with it in 1980. His top bottling from the Coulée de Serrant vineyard (which is also its appellation exclusively owned by the Joly family) has been produced biodynamically since 1981, with the rest of his wines following in 1984. Joly doesn’t like the term “winemaker”, instead preferring “nature’s assistant.” Clos de la Coulée de Serrant is a serious Chenin Blanc that deserves plenty of bottle age for its razor’s edge acidity to mellow. It has become a cult wine and has the price tag to prove it. However, if you have the opportunity to try it, take it. It’s arguably one of the most outstanding dry white wines in the world.

Beaux Frères is a genuinely magical place producing some of the most mind-blowing Pinot Noirs (and now Chardonnay!) in Oregon, if not in the entire United States. Founded in 1986, Beaux Frères was one of the earliest wineries established in Oregon and has been practicing biodynamic and organic winemaking since 2002. Their Pinot Noirs are complex and elegant, with the Sequitur vineyard uniquely planted to 17 different Pinot Noir clones. The wine is savory and filled with warm baking spices, violets, cedar, mushrooms, and vibrant red fruits. The entire Beaux Frères lineup is extraordinary. If you get a chance to visit, you will be blown away by how intertwined the estate is with the nature surrounding it.

On a recent trip to Santa Barbara, I was impressed by Grimm’s Bluff. Started in 2007 and farming with sustainable practices since its inception, Grimm’s Bluff was officially biodynamic in 2012. Every aspect of the ranch has a symbiotic relationship with the environment. They even have a pond to support all manner of insects, birds, fish, and plants. That care reflects in the wines now in the skillful hands of South African winemaker Ernst Storm. The red wines of Grimm’s Bluff are stellar, but the white wines absolutely sing (in my humble opinion)! The Reserve Sauvignon Blanc is aged in concrete eggs that add a beautiful texture on the mid-palate. That texture balances the striking freshness and razor-like backbone of acidity. It is everything you love about Sauvignon Blanc with added depth and elegance.