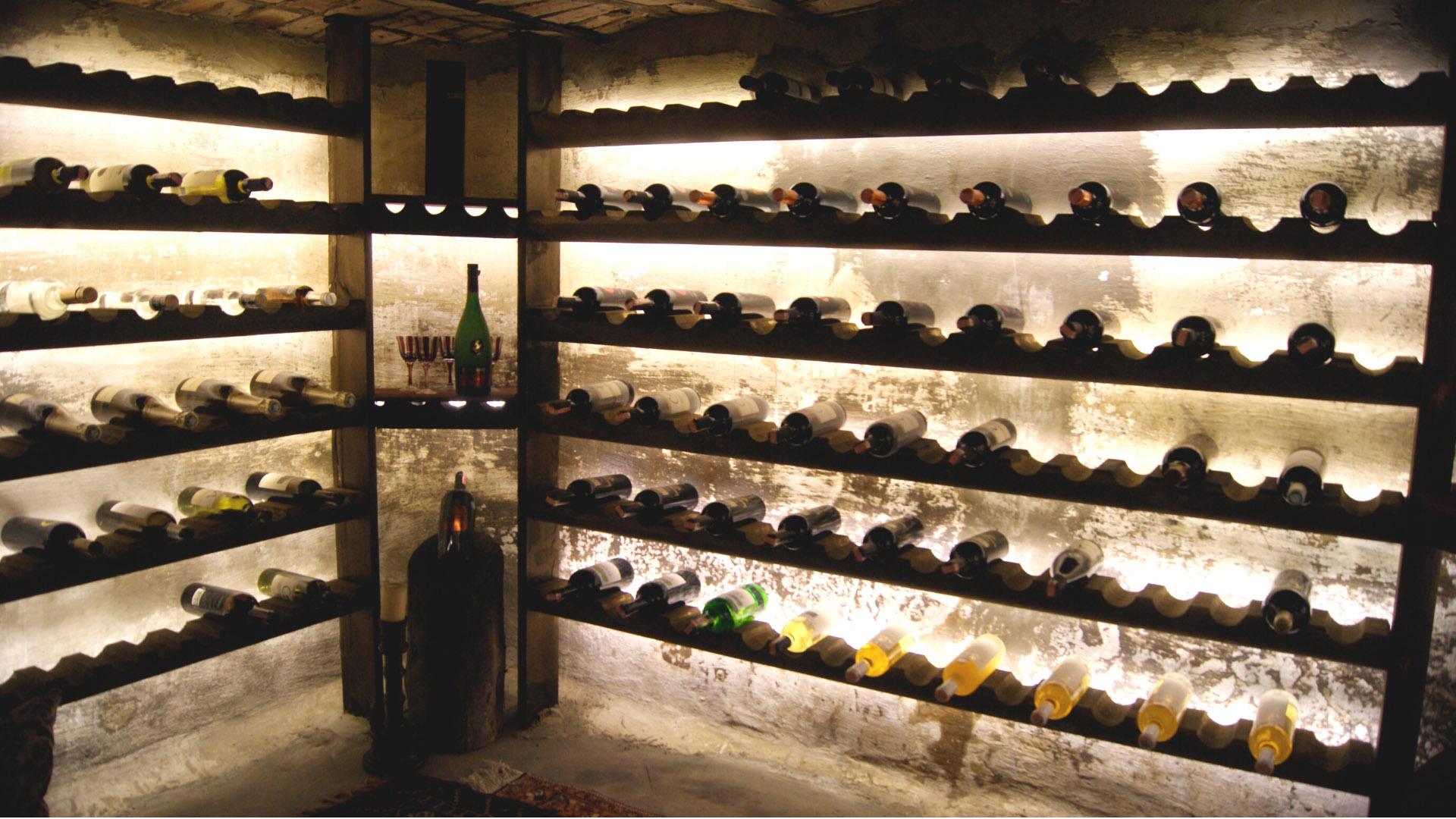 Whoever said ‘the more, the merrier’ must have been a wine collector. There’s nothing quite like the boundless joy and magic that comes with an amazing cellar. Let’s take the merriment to the max as we explore the five most impressive wine collections in the world.

Many people know Sir Alex Ferguson as the former manager of Manchester United, where he won 13 Premier League titles. In the world of fine wine, Ferguson is known for his staggering wine collection. While it may not be the largest entry on this list, what it lacks in quantity, it makes up for in quality.

The best glimpse inside Ferguson’s collection came in 2014. The Glaswegian put up 5,000 bottles for sale in Hong Kong. That included:

According to Christie’s, 229 of the 257 lots were sold. The total price tag: $3.8 million. The most expensive sale was a single bottle of Domaine de la Romanée-Conti Romanée-Conti, which went for $157,000. Not bad for someone who only began collecting wine in his mid-30s.

There are many things I could tell you about Bill Koch’s wine collection. For instance, the billionaire founder of Koch Industries once sold 20,000 of his bottles for a record $21.9 million. He also has not one, not two, but ten bottles of Château Mouton-Rothschild 1945. However, the most fascinating part of Koch’s collection has to do with one mysterious bottle that caused an international scandal.

The bottle in question came from the collection of US President Thomas Jefferson. Jefferson was a legendary oenophile who once owned 20,000 bottles. So, in 1985, when a bottle marked “Th. J.” appeared at an auction, collectors pounced. Koch won out, buying the bottle for $156,000, a record at the time.

Fast forward to 2005, and Koch wanted to showcase his wine collection at the Boston Museum of Fine Arts. To do so, he needed to authenticate the bottles. The problem was that there was no evidence that Jefferson owned the bottle of wine.

After a forensic analysis, researchers discovered that the bottle was made in 1962, not 1787. (As a point of reference, Jefferson died in 1826). Additionally, the engravings had been etched with a power tool, something far ahead of Jefferson’s time. As the cherry on top, Koch learned that Jefferson often signed his initials as “Th: J,” not “Th. J.” This scandal became the first high-profile case of wine fraud and the inspiration for the bestselling book The Billionaire’s Vinegar.

Henry Tang is the kind of guy you want at parties. The former Hong Kong politician is known for popping bottles of 1983 Pétrus and liberally pouring them for guests. In an interview with Wine Spectator, director of Habanos Fine Wines & Cigars, Thomas Bohrer said, “Henry is in a category all by himself… He doesn’t have to visit châteaus or go to wine merchants; they come to him.”

A self-proclaimed “eclectic, adventurous collector,” Tang has amassed approximately 45,000 bottles. While he’s open to trying new and experimental wines, Tang’s passion is old First Growth Bordeaux. Not only that, but he strictly collects wine from the best vintages, not verticals.

The only exception to this rule is Pétrus. He has almost every vintage going back to 1945. Tang keeps most of his collection in a 3,000 square-foot, temperature-controlled storage facility. In 2012, journalists discovered that Tang also had an illegal wine cellar at his home. Due to the public backlash to the cellar, Tang lost the 2012 Hong Kong Chief Executive election.

Imagine the Louvre for wine. That is Michel-Jack Chasseuil’s cellar in a nutshell. Last year, Chasseuil opened the 3,700-foot space as a museum, which includes a lobby and café. Tickets go for $600 apiece, and no, that does not include tastings.

Chausseuil, the writer behind 100 Vintage Treasures: From the World’s Finest Wine Cellar, lives and breathes fine wine. When he was offered $60 million for his collection, he simply said, “No.” Today, his cellar is considered the largest private wine collection globally.

Break out the yoga mats. It’s time to bend the rules. Each of the wine collections listed so far has been held by private individuals. Then there is Mileștii Mici, a Moldovan wine producer. It is home to more than two million bottles of wine. In 2005, Guinness World Records declared the largest wine collection in the world.

What makes Mileștii Mici special is its cellar. (The most expensive bottle only retails for a few hundred dollars.) The decades-old facility has 34 miles of underground tunnels. As a result, employees have to use bikes or cars to get around.

Designed like a feudal fortress, the labyrinthian tunnels weave through dense limestone. The sedimentary rock keeps the cellar at a constant 85% to 95% humidity and the temperature between 54° F and 57° F. Thus, Mileștii Mici has the perfect conditions for storing wine.

Each of these collections is breathtaking. They reflect an extraordinary commitment to bringing as many rare wines as possible under one roof. If you want to build your own collection of investment-worthy wines without paying a fortune, visit Vinovest.co today.