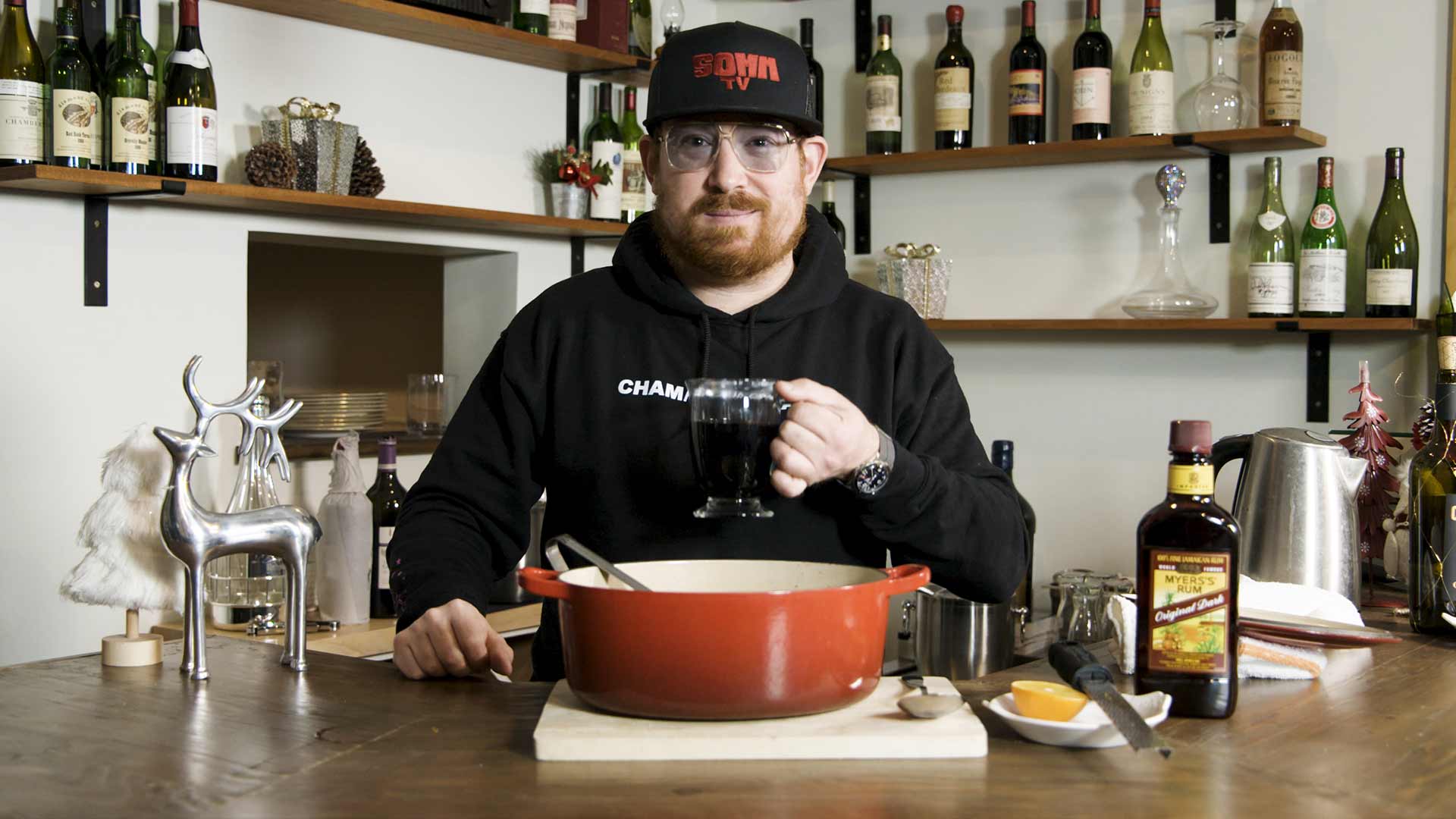 Matthew Kaner is a SOMM TV cast member that audiences can’t get enough of. He is a sommelier first and foremost but is also a natural entrepreneur. His passion and charisma jump through the camera when talking and educating about wine. His new podcast, The History Of Wine, comes out later this month, so it’s the perfect time to share Matt’s story and his journey through wine.

Prior to working in wine, I tried to pursue being a singer/songwriter as a potential job. This meant I had a restaurant job to pay my bills and allow myself to eat. During my college years, I had a band called The Fated, and then I went solo as a singer/songwriter. Years later, I formed a band called Liquid Love Letter around my songs and made one album under that name back in 2011.

In college, I lived in a house with ten other guys, one of them became an especially close friend. His dad would drive up from the LA area and open insane wines for us. He would take us to wine dinners and even invite us to events in and around the LA area. It piqued an interest in me that I knew I had to pursue. I was working a restaurant management job at a delicious BBQ restaurant in Goleta called Woody’s BBQ, and I finally reached a tipping point. I decided to walk in with my letter of resignation and my keys.

A month later, I had a job interview at a world-famous wine store in Santa Barbara called The Wine Cask. I walked in with curly red hair, a hat, and probably reeked of weed, yet somehow I got the job. The knowledge that my college roommate’s father taught me gave me enough to cement the opportunity to work in the store. From there, I had to fake it until I made it. That was in June of 2005.

Not at all. My parents hardly drink. Growing up in the town of Santa Barbara, just 30 minutes away from an incredible wine country, put me in a position to capitalize on future opportunities that came later in my life.

Jason & Christina Wise started coming into a wine bar I used to own called Augustine Wine Bar. This started a great relationship where they invited our crew to attend the LA Premier of SOMM II. From there, we did our best to treat them like royalty. I always had a quiet hope that they might call and ask if I would contribute to a film one day. Never did I dream that I’d get to be involved with the SOMM TV Network. I still pinch myself whenever they email, call, or text about SOMM TV projects.

So two years ago, I owned seven businesses, and from that point, a lot has changed in my career. I closed a restaurant, closed an online wine club and stopped making my wine label. I also divested from my two LA wine bars, Covell and Augustine, that I co-founded and co-owned. During the pandemic, I started a drinking wine/dining-out mask called The Sip Shield. I also helped co-found a text wine concierge subscription service called Hourglass Gems!

These days I am focused on consulting projects and my work with SOMM TV. As I write this, we have just wrapped filming for season one of SPARKLERS coming to SOMM TV soon. Plus, season one of my podcast called The History Of Wine will be released in the coming weeks!

It’s been tough since I started opening multiple locations back in 2015. I won’t lie; being up to date on the hottest wine stuff isn’t what it once was for me. My travels help keep my finger on the pulse. I am also lucky to be a part of an incredible network of wine professionals who use a thing called the internet to expose their passions as quickly as posting a photo. I am so thankful that the world of travel is opening back up, I miss all my wine friends around the world.

To the next great bottle and to my next best friend. To incredible conversations every day until I die. The community of wine is why I do what I do. I look forward to every second that wine affords me to ask great questions and inspire brilliant people to share their passions and expertise. May wine always be on our table.

Matthew Kaner’s podcast The History of Wine goes live on July 20th. Season one is all about the history of wine in the Americas. The first episode covers Chile with guest Julio Bouchon, Oenologist for Bouchon Wines & Partner of Longaví Wines. Additional episodes in the season include Argentina, Bolivia, Uruguay, Mexico, California, Oregon, Washington, Arizona, Texas, Virginia, and New York.