Nicole MacKay in the Managing Editor of the SOMM TV… 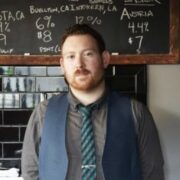 Matthew Kaner is a host & producer for the SOMM…

September Sippin’: 16 of the Best Food and Wine Festivals To Check Out This Month

For an industry built on history and tradition, it’s refreshing when something new comes along. The arrival of Prosecco Rosé is being met with great fanfare. But its debut is also leaving some drinkers sipping in confusion. For people in the industry, the anticipation over the new category has been building for a few years. But among general consumers, some may have assumed that it already existed.

The confusion is not without grounds as there’s a long history of rosé production in Prosecco DOC. However, it was only in the spring of 2020 when the Prosecco Consorzio announced it would be making Prosecco DOC Rosé an official designation. With this, producers have specific rules they must follow to sell and market their wine.

Prosecco DOC Rosé must include mostly Glera, the flagship grape of Prosecco. The addition of up to 15% Pinot Nero (aka Pinot Noir) comes a wide range of colors. From pale blush to bright magenta, the color depends on the length of time the grape’s skin is in contact with the rest of the juice.

Sweetness levels follow the same regulated ranges as Prosecco DOC. From Brut Nature (with no residual sugar) to extra-dry, which (confusingly) includes some sweetness.

Here are the specific rules that producers must follow to label Prosecco DOC as Rosé:

Given the relatively quick turnaround to make sparkling wine via the Charmat Method, bottles began showing up on wine lists and store shelves in the United States in February 2021.

These five picks from Matthew Kaner are worth seeking out for their approachable profiles and price tags.

A “cheap and cheerful” rendition from Cavit, one of northern Italy’s largest Prosecco producers. The initial Glera vinification gives a fresh and enticing profile, while the small amount of Pinot Noir provides the color. Ripe cherry and raspberry fruit aromas with a kiss of rose petals.

This stunner is drenched in pomegranate fruit character that won’t stain your shirt. The super silky finish feels as perfect as clean bedsheets.

A Herculean wine for its category, Bisol 1542 make some of the most respected of all Proseccos. Red fruits, citrus, white flowers. Have this with smoked fish salad and peaches, and don’t get mad when you start dancing.

Matthew Kaner Picks: Top 5 Wine in a Can

Thought of as a leader in the area, Villa Sandi was one of the first producers to release Prosecco Rosé. This bottle features a salinity that unlocks a whole new pairing potential. Have it with fresh oysters, uni pasta, or mussels and watch the ear to ear grin that comes to your face.

Nicole MacKay in the Managing Editor of the SOMM TV Online Magazine. She holds her WSET 3 and is a Spanish Wine Scholar through the Wine Scholar Guild. With a passion for food and travel, she's often found in her kitchen adjusting perfectly good recipes to be gluten-free and plant-based.

Matthew Kaner is a host & producer for the SOMM TV Network. As a wine industry veteran since 2005, Matthew has worked retail, owned wine bars & restaurants, and continues to take consulting projects across the wine industry.

Where Is He Now: Master Sommelier Ian Cauble

Learn About Wine: A Comparative Guide to WSET and CMS Credentials