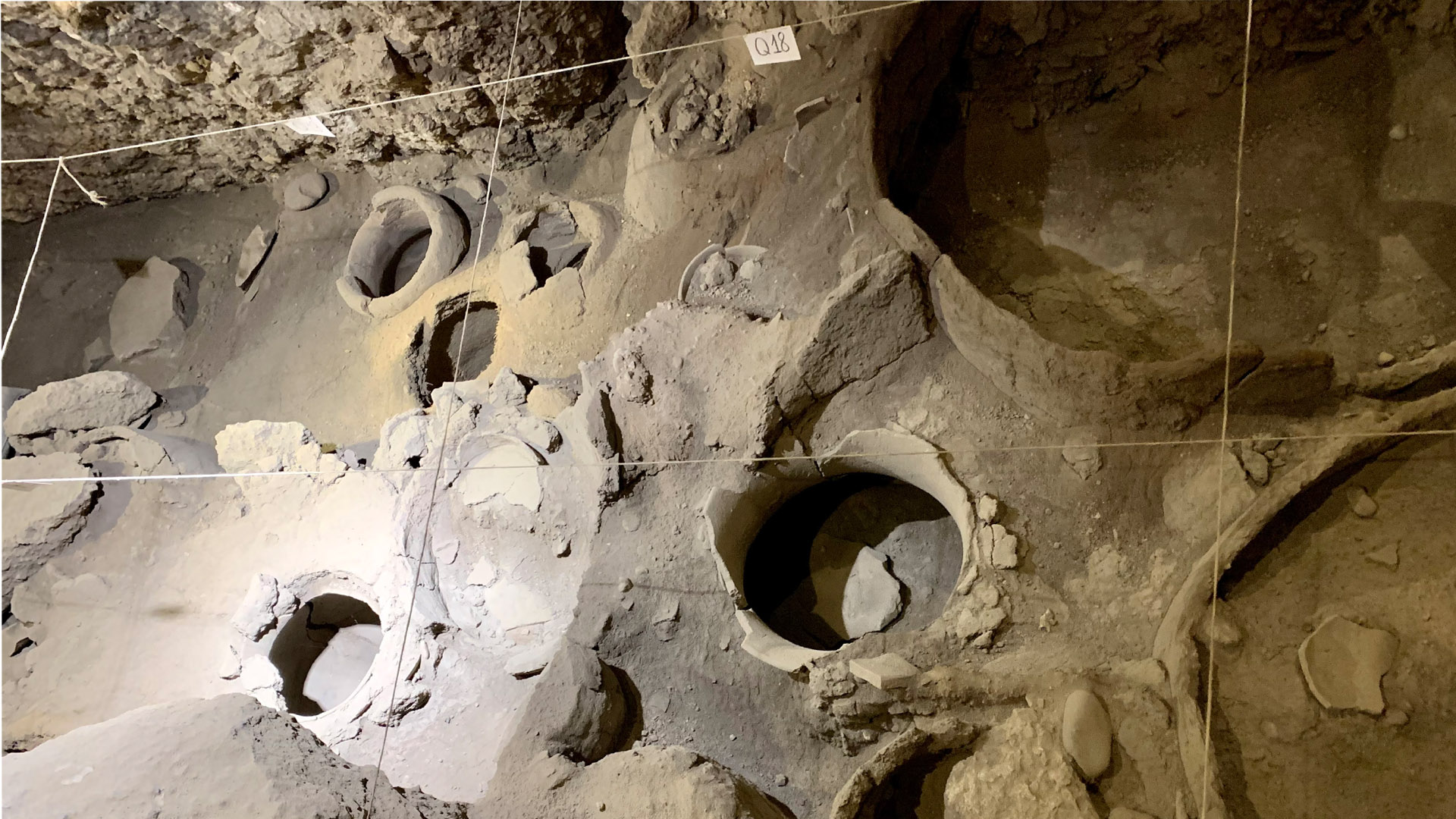 Our concept of the origin of wine and ancient winemaking sits, in large part, with its role in religion. For the Greek, Roman and Egyptian cultures, wine plays an important role in connecting to their ancient roots. However, the earliest evidence of winemaking is from China, circa 7000 BC. There, people made a fermented drink made of grapes and rice.

Today, many industry pros consider wine from China neither Old World nor New World. The term ‘New, New World’ is tossed around, referring to the Chinese wine regions garnering international acclaim. A more apt name, some would say, is Ancient Wine.

From China, then Persia (5000 BC), and Italy (4000 BC), and to the indigenous peoples of the Americas, the history of wine spans centuries. But at its core, wine is grape juice that goes through fermentation, and there are only so many ways to make it.

In a recent episode of the SOMM TV Podcast, host Jason Wise chats with Steve Matthiasson, winemaker and familiar face seen in the SOMM films and on SOMM TV. Together, they discuss ancient winemaking and its similarities to wine today.

(Most) Grape Varieties Are the Same

When talking about grapes, we’re not talking about their vines. Some loosely-termed ‘old vines’ range between 50 and 100 years old; very few are older. However, when referring to ancient wine, a grape’s DNA is centuries old, some more closely related than others.

In a 2019 study, scientists ran a test looking at 28 ancient wine grape seeds from nine archaeological sites in France. The results showed each one of them having a genetic link to wine grapes that grow today. In fact, 16 of the 28 were within one or two generations of the modern varieties we know so well.

The report states the closest link to a modern grape variety is Savagnin Blanc. Today, Savagnin (which is not the same as Sauvignon Blanc) makes Vin Jaune from the Jura region. It was a complete genetic match, dating to around 1100 CE (approximately 900 years ago).

Depending on where it grows today, small evolutions of the Savignon grape also go by Traminer, Fromenteau, and Gewürztraminer. Genetic research also shows that Savignon is a parent grape to several other French varieties, most notably Chenin Blanc.

As Matthiasson succinctly describes during the podcast, “you crush it up, you put it in a tank, you ferment it, and you put it in a bottle.” It’s not surprising that modern society has complicated such a seemingly simple process.

The options that winemakers have nowadays are plenty. For crushing, everything from a good old fashioned foot tread to elaborate, computer-controlled machines are options for breaking the grape’s skins. And neither happens before choosing to crush whole-cluster or to de-stem first.

When it comes to the type of tank, most wines today undergo fermentation in stainless steel or oak. Concrete or amphora, which were the primary vessels back in the day, are also reasonably common. Matthiasson states, “they are not all that different from each other,” he continues, “you might get a little more oxygen transfer in the amphora, but then it might age nicely, probably better than stainless steel.”

Matthiasson also notes that most ancient wines were blends; there wasn’t much focus on varietals or typicity. So, much of the juice going into a vessel was co-fermented.

A Wine’s Origin Affects Its Price

The caveat with wine prices is that, nowadays, there are so many variables that determine the price of a bottle of wine. There’s no set formula, from the type of closure to the age of a wine.

But the one consistent determinant is the value of the land that the grapes grow on. Matthiasson states that Egyptian wine had classifications dating back 5,000 years. The system was comparable to AVAs (American Viticulture Areas) in the United States, proving that the location of the vineyards plays a considerable factor in wine pricing.

Through time, a few criteria have remained consistent with transporting wine successfully. The wine must avoid contact with oxygen; it must maintain a stable temperature and avoid shocks and impact. For this, ancient winemakers turned to – surprise – amphora.

Amphorae were invented by the Egyptians but adopted by nearly all wine-producing and drinking civilizations. Their long slim neck limited the amount of exposure to oxygen. Initially, clay stoppers were the seal of choice for amphora, but that still allowed some oxygen to pass through. Everything from leaves, rags, and wax were also used, leading us to the most common method of closure today, cork.

Amphrae’s tapered bottom limited the amount of wine movement within the bottle. Many ships’ holds were filled with sand, and the amphorae were buried to limit further sloshing around. This also kept the wine’s temperature stable. Also, amphorae could be carried somewhat easily with the aid of handles.

According to Matthiasson, ancient amphorae from Southern Europe have been discovered as far north as Norway. This discovery shows just how effective these vessels were at transporting wine.

For more on ancient winemaking, listen to the SOMM TV Podcast episode, Wine in the Time of Christ, available on iTunes, Spotify, or online.